An African Elephant is Roaming Around London

This elephant is in fact a hologram that was first unveiled outside St Paul's. We have done this to remind global leaders of the wildlife they must seek to protect.

Ahead of the 11-12 October London Conference on Illegal Wildlife Trade, we're calling for world leaders to commit to ending wildlife crime at a major summit in London this week.

We've launched this life-size elephant hologram as a final push of encouragement for signing our petition, where we're demanding stronger efforts to tackle the corruption that enables the trade, better support for rangers, and the closing of all ivory markets. An elephant was chosen as the key species for this because every year, more African elephants are poached than born, and their numbers have been severely affected by wildlife crime.

To further our message about this ugly trade, we've installed 'animal crossings' in various places across the UK. These crossings each highlight a key species threatened by the illegal wildlife trade. Look out for our crossings resembling pangolins, tigers, snow leopards, elephants, macaws, jaguars and turtles. 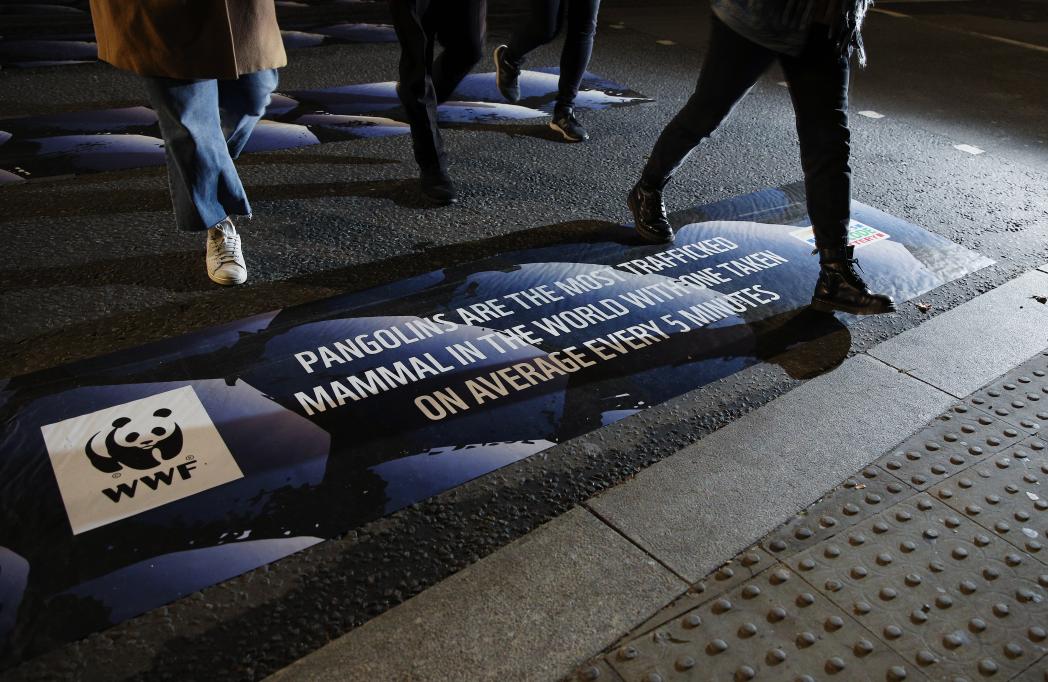 Thanks to players of People's Postcode Lottery for helping us to bring the elephant hologram and animal crossings to life.

See if you can spot our roaming ‘elephant’ in London over the next few days, as well as the animal crossings across the country - share your photos on Twitter or Instagram by tagging @wwf_uk and using the hashtag #StopWildlifeTrafficking.

If you haven't already, please also sign our petition. The more voices, the louder our call to global leaders to end wildlife crime.