Asian rhinos have an even more armoured look than their African counterparts, thanks to all those folds in their skin. They’re vegetarians, grazing on tall grasses, shrubs, leaves and fruits – restructuring the landscape as they go.

They look pretty tough but Asian rhinos need a lot of protection right now. The greater one-horned is slowly recovering thanks to years of successful conservation effort, but they’re all at risk from the rising threat of poaching and loss of habitat.

Sumatran rhinos, for example, have been reduced by at least 70% since 1990 – there are less than 100 left in the wild. Vietnam’s last Javan rhinos became extinct in 2010.

And we help people living near rhino areas to increase their income through activities like ecotourism, which won’t threaten the rhinos.

Join us and help keep all rhinos safe. 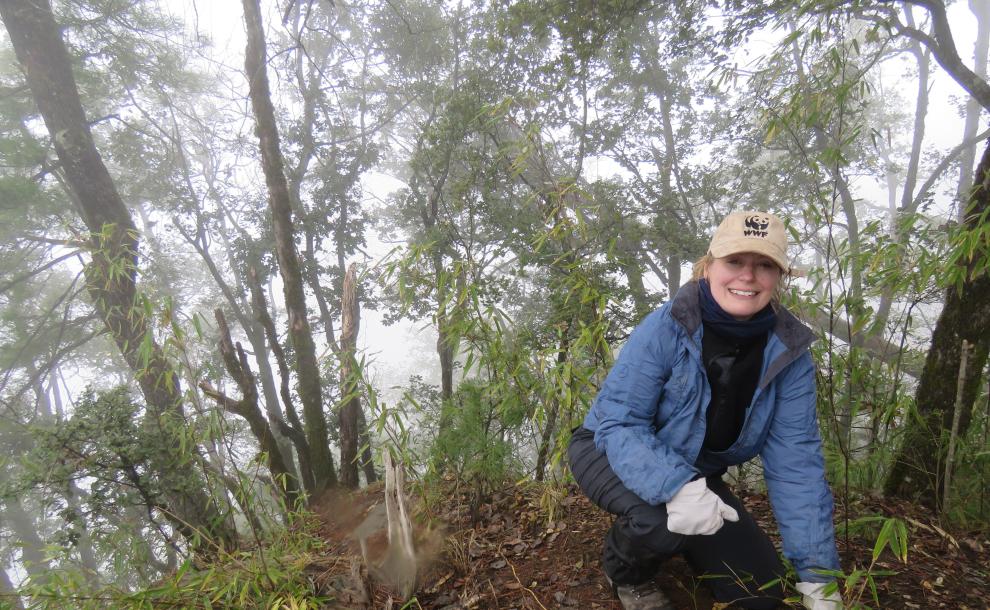 "Asia’s few remaining Javan and Sumatran rhinos are some of the most threatened large mammals in the world. Their numbers are precariously low but if effective conservation measures are put in place, we know, from our experience with the greater one-horned rhino, that it’s possible to bring a species back from the brink. Together with governments, local communities and other NGOs we’re working to improve rhino conservation and management by supporting monitoring and protection units, restoring rhino habitat, and identifying suitable habitats that are safe from poaching  where rhino populations can expand."

The greater one-horned rhino once roamed across most of Asia, but now it’s found mainly in India and Nepal, and is returning to Bhutan. The last remaining population of Javan rhinos are now only found in one protected area, Ujung Kulon National Park on the island of Java. Sumatran rhinos are found in Sumatra, with a few individuals remaining in Kalimantan, Indonesia.

Asian rhinos love being near or in water – they’re actually very good swimmers.

Why Asian rhinos are so important

Rhinos have been around for millions of years and play a crucial role in their environment. Being big-bodied vegetarians, they eat a lot of plants every day to meet their energy needs. So they are true landscape engineers.

For example, the greater one-horned rhino helps to keep the grasslands near rivers closely-cropped, which makes those areas attractive to smaller herbivores too. They also help disperse seeds in their poo, which help plants and trees spread.

By protecting the rhino we’re also helping other wildlife and people who depend on the health of that environment.

Asian rhinos are threatened by the loss of forests, grasslands and marshland, usually caused by logging, agriculture or house-building. Being forced into small, isolated areas can increase inbreeding and disease among rhino populations.

Despite an international ban, poaching of Asian rhinos for the illegal trade in their horns is a serious threat. Right now the main demand for rhino horn is from the growing upper and middle classes in Vietnam.

Average temperatures and January rainfalls are continuing to rise in India and Borneo, with increased irregularity of drought and floods. This is causing changes to Asian rhinos habitat and their behaviour. Javan rhinos rely on wallowing in mud to regulate their body temperature, which becomes increasingly hard in the non-rainy seasons as droughts get harsher. Increased flooding can also push them out of their natural habitat, leading to increased competition between rhinos and other species, including humans.