Over the Easter break, we talk about the differences between the chocolate eggs we enjoy, and the eggs of several species of penguin and what they have to endure in order to survive. Plus, how ocean plastic and climate change are threatening their 'egg-istence.'

It’s Easter Monday and you’re clutching your very last two chocolate eggs. One of the larger ones probably weighs around 61g (a Cadburys Crème Egg weighs 40g), but imagine the other is a whopping 500g. Heavy stuff!

Now imagine you’re outside and it’s a bone-chilling -60 degrees, but somehow you have to keep your egg at a sweltering 36 degrees…while balanced on both feet… for about 66 days!

Surely that’s impossible? And more to the point, why on earth would you do that, when you can simply remove the layers of plastic packaging, peel back the shiny foil and feel the sweet chocolate melt in your mouth, without having to leave the comfort of your sofa.

Well, there are some penguin species that have to endure all of this. So while you’re tucking into the last of your egg or bunny-shaped delights, spare a thought for the poor penguin and their own clutch of eggs, for their lives really can be a balancing act. We’ve been on the hunt for our own facts to bring you four penguin species, their eggs’ life-cycle and the threats they face. 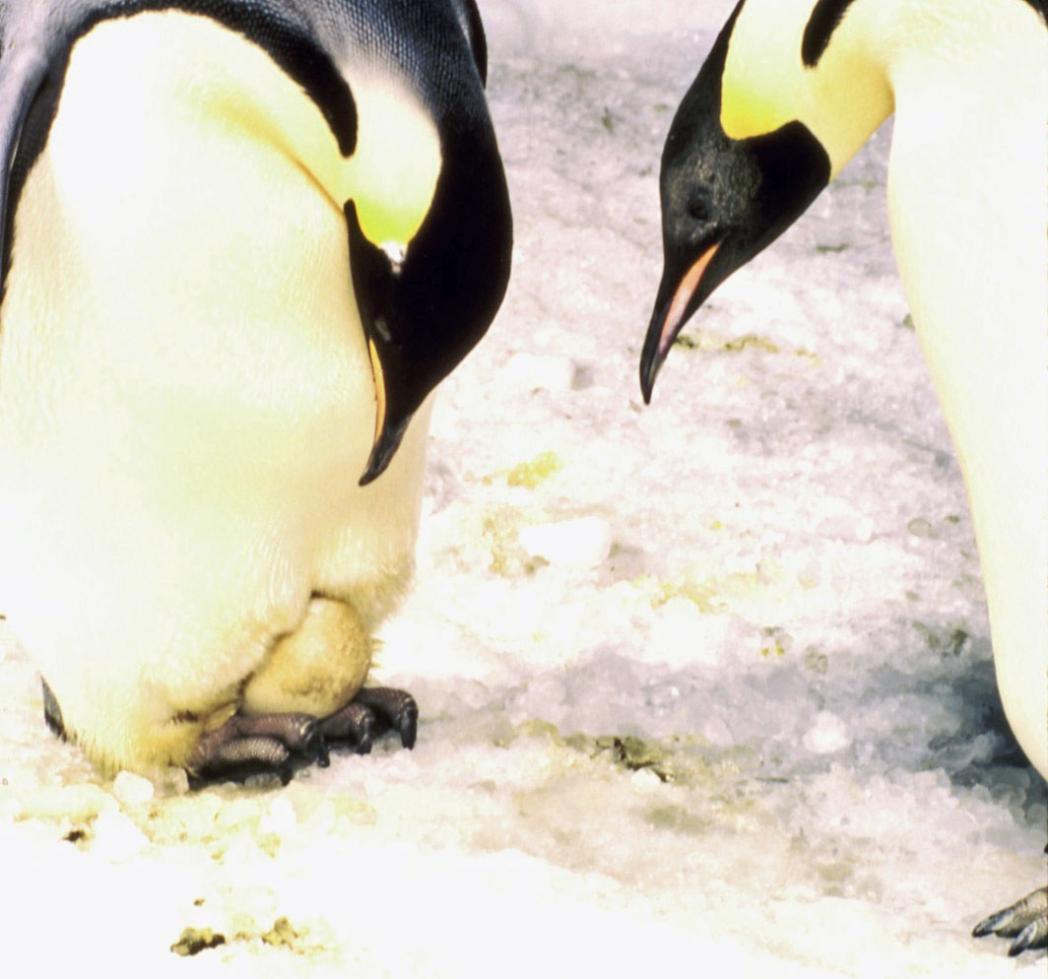 Where all other penguin species lay two eggs, the emperor penguin female lays only one, measuring 11.1 to 12.7 cm long and weighing 345 to 515g  - that’s about the weight of 13 Cadbury’s Crème Eggs!

The emperor penguin is the only penguin that incubates its egg on its feet, and it’s the male who takes on this responsibility. Male Emperors have a special brood pouch – a flap of warm skin near their feet, in which they incubate the egg.

During this time, temperatures can be as low as -61 degrees celsius, but the incubation temperature inside the pouch is around 36 degrees. He’ll do this for between 65-75 days until the female returns from feeding.

The egg usually hatches before the female returns to rear her chick, while the male – having not eaten for four months - makes the journey to the sea to feed himself but also provide for his chick. 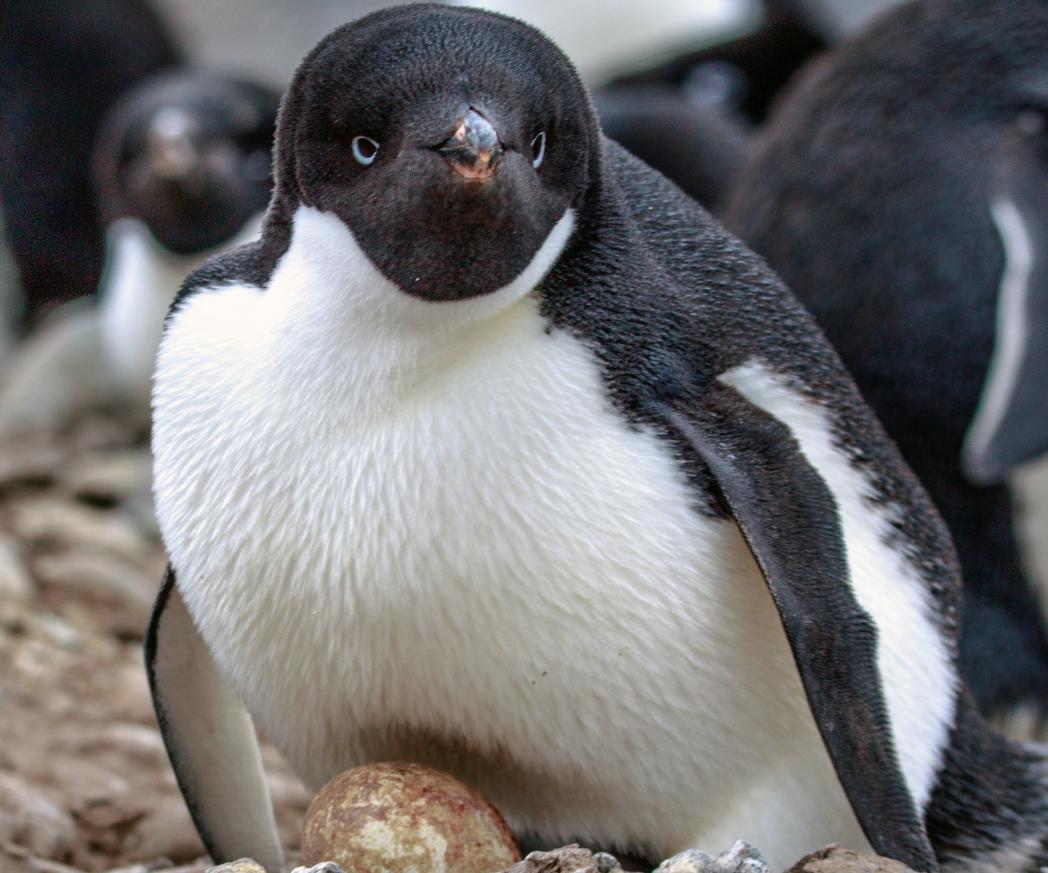 Although the smallest penguin in the Antarctic, Adelie’s are tough and tenacious birds. Unlike Emperor’s they lay two eggs. Each egg measures 5.5 to 8.6 cm long and weighs 61g to 153.5g.

Male Adelies are nest builders, they do this to attract a female. Once the nest is built and a courtship with a female is secured (which he does by building the best nest he can) the female lays a clutch of two eggs, incubated by both adults for around 35 days. 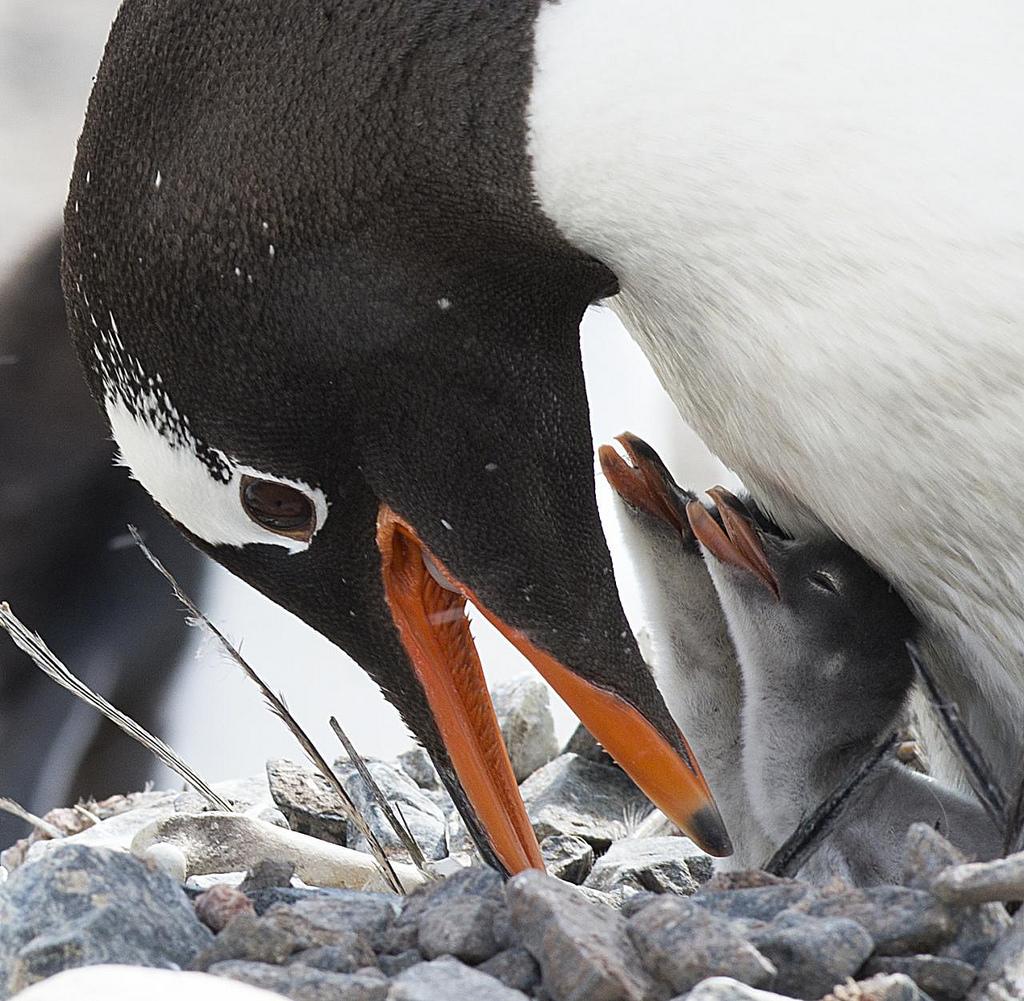 The Antarctic cousins of the Adelie, Gentoos lay a clutch of two eggs, each within three days of one another, and both parents take turns incubating the eggs over the following 34–37 days. The eggs are spherical in shape and weigh about 130g each.

Both Gentoo parents build a circular nest made of stones, grass, moss, and feathers. The mother then deposits the eggs, which both parents take turns incubating for more than a month before the chicks hatch. 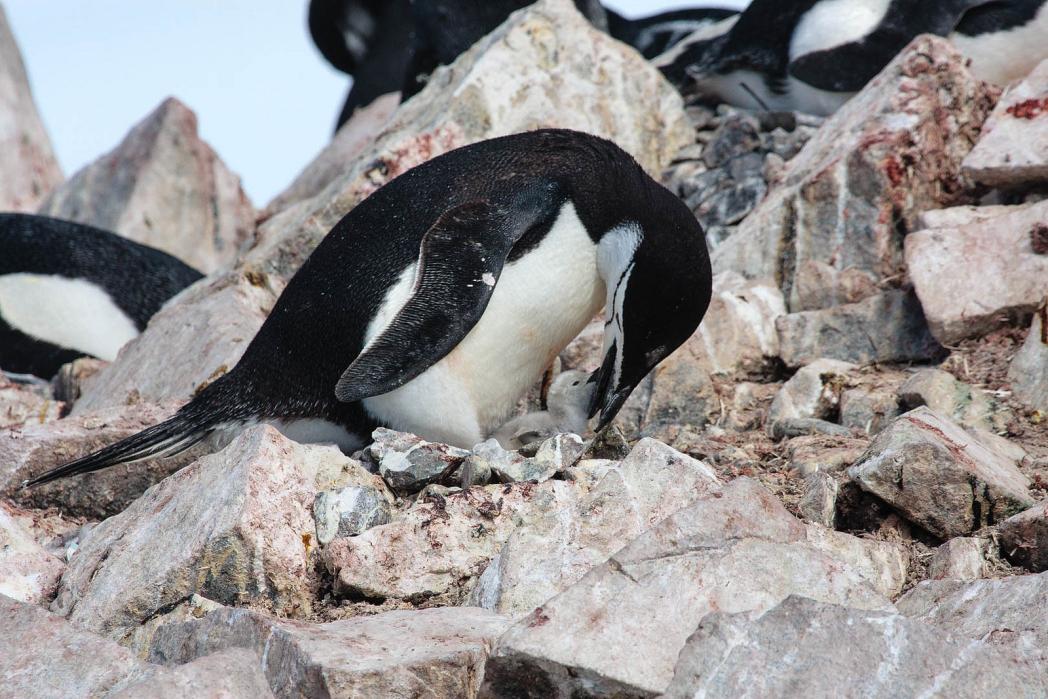 So named for the thin black chinstrap line under their beaks, these birds also lay a clutch of two eggs and make their nests from stones on the rocky islands of the Antarctic.

Chinstrap eggs are more rounded than other penguins’ eggs. They measure 7cm long and 5.5cm wide, but at maximum weigh in a bit lighter at around 120g – that’s about twice the size of a chicken egg.

Both male and female chinstrap penguins take it in turns to keep the eggs warm, with the eggs hatching after about a month. Chinstraps nurture both chicks in the clutch simultaneously, whereas other species give precedence to the stronger chick.

Penguins might be tough birds, but they face bigger challenges than raising their young. Melting sea ice and overfishing reduce the amount of krill (their main food source) in the ocean; rising temperatures reduce the amount of sea ice penguins live on and can lead to penguin chicks hatching at times when food is more scarce; and the increase of floating ocean plastic debris can be ingested by penguins and permeate their food sources and habitat too.

By adopting a penguin and or making your Promise for the Planet, you can help us to tackle these threats, to help preserve penguin populations in the Antarctic.