On an approximately five year cycle we help to census the remaining mountain gorilla populations, giving an estimation of population numbers and distribution.

Our work with mountain gorillas

For mountain gorilla conservation to be effective, it’s really important to know about the status of their numbers and health. So every five years or so, working through the International Gorilla Conservation Programme, we help census the remaining mountain gorilla populations, giving an estimation of population numbers and distribution. It’s intensive work – but well worth it.

Mountain gorillas are found in just two isolated populations – in Bwindi Impenetrable National Park in Uganda, and the Virunga volcanoes – which span the borders of Rwanda, Uganda and the Democratic Republic of the Congo. They live in forests at high altitude, confined to protected reserves surrounded by a growing human population.

To carry out the census, teams of people hike through the forest no more than 500m apart, combing the area for gorilla signs and nests (gorillas make nests to sleep in every night from leaves and branches, either on the ground or in the trees). In the most recent censuses, these 'sweeps' have been performed twice to help ensure accuracy, collecting gorilla faecal samples from every nest they encounter, which are sent off to a lab for DNA testing to make sure each individual gorilla is counted only once. 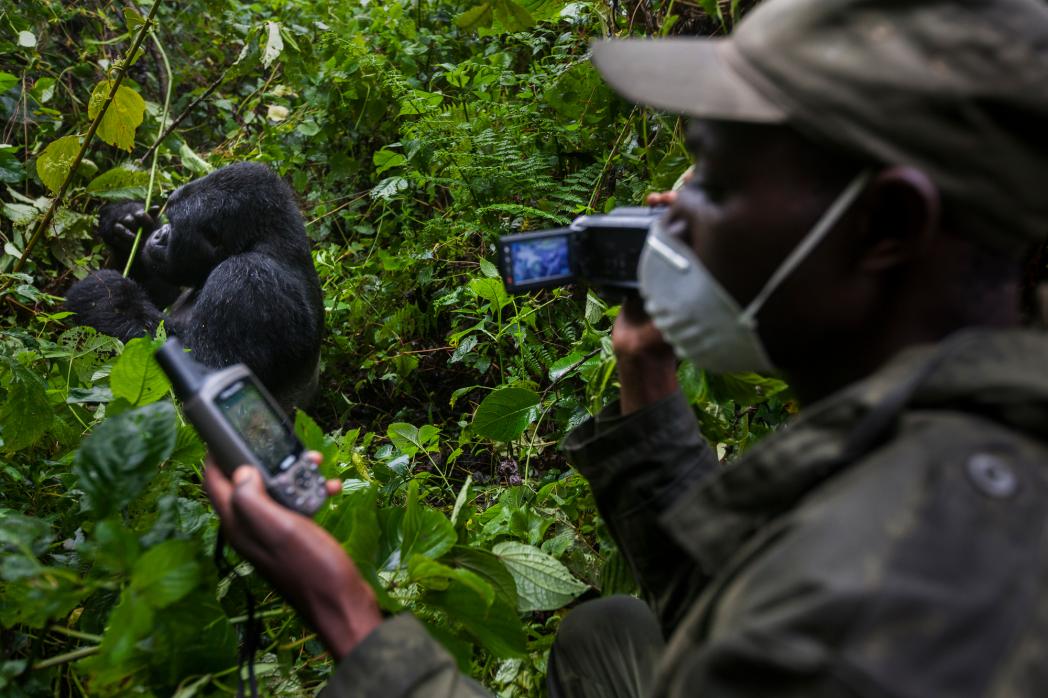 As well as counting the total number of gorillas, the census helps us understand trends and population dynamics – age and sex ratios, how many gorillas there are in different groups, and differences between groups which are habituated to people and those which aren’t. This helps us monitor and plan our conservation work.

The good news is that the evidence shows that conservation efforts are working. The last few censuses have shown a steady increase in population numbers.

The censuses are huge collaborative efforts involving the Protected Area Authorities in the DRC, Rwanda, and Uganda; civil society organisation; and research institutions. We're constantly improving our techniques and technology to make the surveys as accurate as possible.

Mountain gorillas are the only great ape whose numbers are known to be increasing.